He is a member of Zendo Kyodan and practices under the tutelage of Julian Daizan Skinner, within the Rinzai Zen tradition, since 2011.

In 2016 takes the Meditation and Mindfulness Teacher Training (100 hours), accredited by The College of Mindful Clinicians.

In 2017 starts to teach meditation and Mindfulness in Almería. 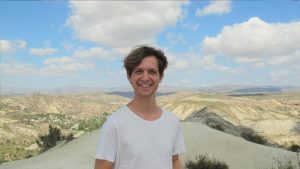 My teacher, Julia Daizan Skinner, from whom I have been learning since 2011, gave up a promising career in the pharmaceutical industry to devote himself to meditation and yoga.

He has studied yoga in Europe, America and Asia. After twenty years living in Zen monasteries and recognized successur by the two main traditions (Soto and Rinzai), he is based at Yogagyo (London) and trains meditation and yoga teachers since 2008.

He has translated the poetry of Enku, published the caligraphy of Shinzan Roshi and written two books, Practical Zen for Health, Wealth and Mindfulness y Practical Zen – Meditation and Beyond. 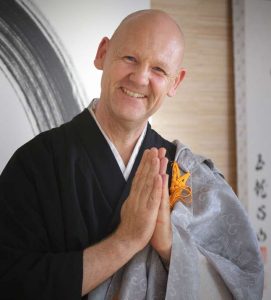